hide
hide
No announcements have been posted yet for Warwick PAL. 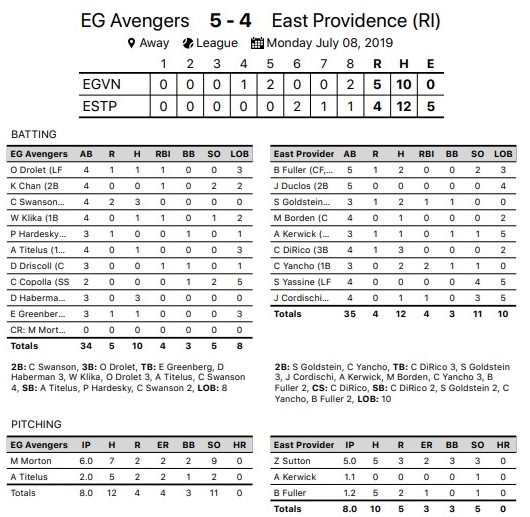 Led by the strong effort of pitcher Max Morton and the relief pitching of Alex Titelis, East Greenwich edged East Providence in eight innings, 5-4. The duo struck out a combined 11 batters and walked only three.

Conrad Swanson and David Haberman each had three hits for the Avengers.

Flood Ford rolls to a 9-2 win over Chariho1 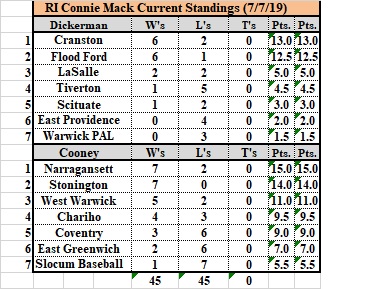 This point system on this website will not allow me to calculate the 1/2 point for playing a game (loss). Here are the accurate standings as of 7-7-19.

West Warwick comes from behind in bottom of the seventh for 2-1 win over Coventry! 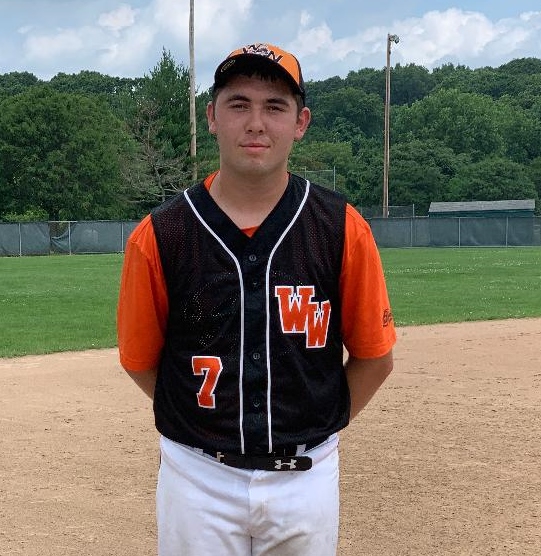 Down 1-0 in the bottom of the seventh inning, West Warwick came from behind for a 2-1 win over Coventry.

Alex Pedus drew a walk to lead the inning off, stole second base and scored on Colby Knott’s rbi double to right-center field. Nick Pedus followed with a sacrifice bunt, moving Knott to third base.

Two pitches later on an attempted suicide squeeze by Will Cornicelli, a curve ball ricocheted off the ground and the catcher as Knott raced home with the winning run.

Mason Provoyeur, who singled and doubled in the contest, picked up the victory with three strikeouts and three innings of no-hit relief.

Both starters were efficient for the Pawtuxet Valley rivals. For the Black and Orange, Alex Pedus struck out six and allowed just one run on three hits. Coventry’s Anthony Braddock, who struck out four batters and did not allow a free pass, allowed no run on five scattered hits.